240,605,491 records
This collection contains records created by the Social Security Administration when individuals applied for a Social Security Number or when a claim was made for disability, retirement, or death benefits. The records include the applicant’s or claimant’s full name, date and place of birth, gender, and for application records, father’s full name, and mother’s full name - including the mother’s maiden name. The inclusion of birth place and parents’ names makes this collection an invaluable companion to the U.S. Social Security Death Index which does not include these important facts.

Starting in 1936 the Social Security Administration started to maintain records of each individual who applied for a Social Security Number. The earliest form of these records were known as the “Master Files of the Social Security (SSN) Holders and SSN Applications”. This was more commonly known simply as the “Enumeration System”. In the 1970s legacy records from this system were migrated and new records were maintained electronically in the Numerical Identification System (NUMIDENT).

This collection contains records of individuals with a verified death between 1936 and 2007 or who would have been over 110 years old by December 31, 2007. There are three types of entries in NUMIDENT: applications (SS-5), claims, and death entries. The records of applications and claims are presented here in this collection. The death entries are available on MyHeritage as the U.S. Social Security Death Index (SSDI).

The claim records include information on the type of claim, the claimant’s full name, date of birth, gender, and for about half of the claim records the US state or country of birth. For a small number of social security numbers there are multiple claim records. 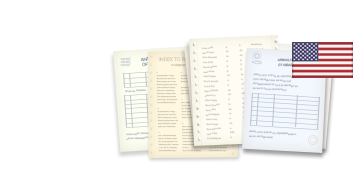