5,423,678 records
This collection contains civil records of marriages in the French department of Nord from 1792 to 1937. Civil vital records were collected by government authorities in France starting in 1792. These marriage records contain many details: the names of the bride and the groom, their birth dates, birthplaces, marriage date and location, and the names of the bride’s and groom’s parents including the mothers’ maiden surnames. Additional information can often be found such as information about the death of one or more of the parents and names and details on witnesses often with recorded relationships to the bride and the groom.

Following the French Revolution and the principles of separation of church and state, religious marriages were no longer legally valid and couples wishing to marry were required to do so civilly. Because of this it became common in French culture for religious families to hold two weddings—first the civil ceremony and later a religious ceremony. A law passed in 1789 required citizens to be married at the department seat instead of the local commune. This law was abolished in 1800 when couples were again allowed to marry in their local commune. Except for this small time period (1789-1800) it was customary for at least one member of the prospective marriage to be a resident of the commune where the civil marriage occurred.

Civil officials recorded the marriages they performed, usually in a prescribed paragraph format, bound in a book and kept in the registrar’s office.

Coverage and completeness in this collection varies by commune. 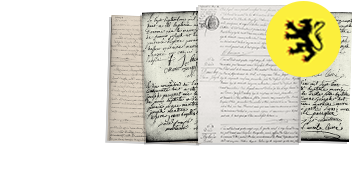